JSMedia - Downunder
It's Flu Season
​Mum was driven to the Gold Coast Private Hospital. I was along soon after to check and the poor dear seemed helpless where she sat in her chair. It was the next morning at two a.m. that I got a call that I should come to my mother's side. I raced in while calling my sister and brother about mum's decline in health.

I was told she may not survive the morning but I have been told that probably three other times― which only makes me wonder why some doctors are so out of touch in critical situations. I spoke to Mum and she acknowledged me from behind an oxygen mask and closed eyes. The poor dear with her weak heart could not fight off suspected pneumonia without antibiotics and drugs. I waited until she was stable before going home. When I returned she was sitting upright in bed talking to other family members, hazy from the drugs though looking remarkably well.

The road to recovery took a week in ward one before being moved to a rehabilitation ward. I will be joining medical staff next Tuesday to discuss any necessary changes on Mum's discharge. She looks well and is eager to return home. I can see in her eyes that she is missing all of those personal possessions, from the homely feeling of the house and gardens, to the tiny poodle-x named Emma. Emma is intelligent enough to understand that Mum will need some face licks and extra caring and attention as her strength is restored. If anyone can put a smile on anyone's face it's tiny Fur Kid Emma. 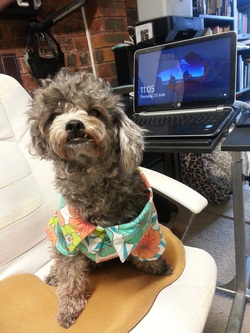 "Can someone unplug the printer for me please?"
Election Time Downunder
​Next week there is an election and there will be votes which will either assist in a much improved society or a sadly worse society. People have the option to choose whether they want to live in a strong and stable society or be threatened by those who lack guidance to live in harmony.

Everyone wishes for a world which others may not agree on― with or without rules. Our world is going through changes which affects everyone in various ways. Those without direction seem to be the worst affected. Many who have experiences without responsibility tend to reject logic and uncontrollable acts may take place.

Protesting groups have always been a part of our society. Today certain groups live fearing that they may be targeted. Why can't we have more harmony within each community for better understood situations. Has international terrorism opened a new can of worms for any unseen erupting protester?

So who will I vote for? I shall choose a leader who can take control of awkward situations and deal with them humanely, a leader who works with a Parliamentary team and does not consider lining his pockets with gold from secret sources. A man who can make decisions which we all benefit from. Perhaps if a positive step is made for society, mainly societies' children, citizens might be able to feel the freedom and joy that each and everyone of us are entitled to in their lifetime.

I am focused on the future of our world and choose not to be suppressed by the minority of Earthlings who believe in violent solutions. Violence should be replaced with clean and healthy living some time soon. Talk about being a dinosaur! And what about those carrying guns? Hello-o? That's like World War time isn't it? The best bullets these days are made of chocolate coated licorice! Like the lyrics the late John Lennon once sang before he was shot by a foolish individual; "All we are say-ing is give Peace a chance..." 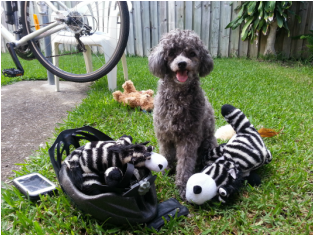 And have a great day now!