Summertime In The Great South East

﻿﻿There is so much sunshine creeping around shaded areas in this Great South Land I have changed my clothing to easy-wear cottons, sold my bathtub and invested in a shower company that makes water-saving shower nozzles. 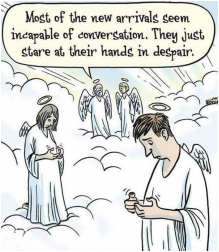 
Life today is moving so rapidly I am beginning to wonder if we really need to live each day so reliant on mobile phones and digital fast-pace alternatives. Go along too fast and you miss what is passing you by. If we can slow down some, then we are actually feeding that part of cultured lifestyle that some have forgotten, or should I say, overlooked. Yes, our cultured World has been sidestepped by some, for need, greed and speed which in turn affects tomorrow's children. At a poetry meeting yesterday one of our members recited some verse about speedy rabbits having a short life span compared to the slow old turtle which lives over 100 years.

We certainly turned heads during this morning's voting at the local school. I wore my new Superman tee-shirt and Emma wore her pink leather collar that sparkles from rows of fake diamonds over her birthday suit which is soft, furry and a mass of curls.

A Police station was bombed in Mt Isa some months ago and I wondered about how many others in society have no direction like this villain on the run. With all this gloom and doom where are the Beatles. "...all you need is Love!"

After waking with a frozen shoulder I saw the GP and he sent me for an x-ray and scan. Looking at the images the GP suggested I have a cortisone injection. I said that I had heard some bad reports about it and that it doesn't give lasting relief. "It can last up to two years", he said.
The following day I called an acupuncture clinic for an appointment. Following my third week as a pin cushion I can say that all the Tendonitis has miraculously vanished.

THERE IS three years' age difference between my sister and I. She has marital bliss and mayhem and four great children and I am suffering from what my ex-partner calls "cold feet". When my sister, Karen, asked if I could look after her youngest son during the school holidays, I happily accepted. Hey, I'm his Uncle John, I said eagerly.

On the first day, he stood waist deep in a hole where my garden used to be.
“Hey Ben, what are you doing”, I asked.
“I'm chasing this earthworm Uncle John”, he said with a mud-splattered grin. I had to laugh while I counted the uprooted plants, wilting where they laid in the early days of summer- He’s only doing nature studies. When I was his age my dad would have scolded me severely – but things are different these days. I had just un-pegged a load of dry washing and held a bundle under my arm when a noise from behind startled me.
“Here Uncle John, let me help,” he yelled, running headfirst into a pile of clean sheets and shirts.

“Mum says I should help you as much as I can while I am here so I don't get bored”
“Great Ben.” I said on my way back to the laundry. He was tired of his hunt for worms so I suggested we make a model aeroplane in the garage. I raced inside to my study to find something with pictures of aeroplanes and while flicking through the pages I could hear him tap-tap-tapping with hammer and nail.

That's my nephew, I thought, grabbing a book titled: ‘Build It Yourself’. Tucking it under my arm I headed for the garage feeling a valuable lesson would be learned by both of us, when the phone buzzed impatiently.
“HELLO? Oh hi Jenny ...you've been waiting for an hour? I'm sorry but my favourite nephew is here ...I'll ring later ...Okay, bye.” ...I mean how many times does a favourite nephew stay with his favourite uncle. It's worth the sacrifice – Jenny will understand.

“Hi Mother,” I called, waving the hobby book when she appeared at the side gate. It's funny how nannas and their grandchildren are synonymous with school holidays. Ben was standing round-shouldered and silent when I reached him.
“What's the matter mate, run out of nails?”
“No Uncle John, I'm just bored.” I suggested we walk to the corner shop for an ice cream. Some silver coins clinked into the palm of his hand. He frowned.

“There's not even a dollar here Uncle John, so how about I show you a trick – double or nothing.” he said with a wide-eyed grin. “Two outta three wins,” he called, while a coin flickered a trail to the ground. “No, that coin's no good – let's flip a $2 coin – they work better!”

He flipped again and then pocketed the coins, saying that he wanted to talk to his nanna. I was taking out the re-washed whites, when I overheard their conversation from the adjoining room.
“That's right Nanna, Uncle John is charging me board. Is he charging you?”
“Oh,” she said, “I'm sure your uncle wouldn't be charging me.”

“Nan, I have to pay so much that I've got no money to spend at the corner shop.”
“Well take this Ben and I'll have a word with your uncle later tonight.” I didn't mind when Ben returned from the corner shop bulging from both pockets and cheeks. I didn't mind how he grew bored when his search for an earthworm failed. I didn't mind that he hammered every part of the fence with six-inch nails. Nor did I mind when peering into the crater he dug, that it meant another visit to the plant nursery-- because, after all, Ben's my nephew and I'm his uncle John. I wonder if that's why I get cold feet?
World Poetry Day
​Many thanks to Manya for letting me know of a new coffee shop at Marina Mirage. All poets are invited to enjoy a free Julius Mienl coffee in exchange for writing some brief verse for the store. Each poem will be uploaded to www.meinlcoffee.com This "PayWithAPoem" is held on the 21st March in coffee shops worldwide. Co-owner, Ivan Knezevich said that coffee shops are hoping to slow down those rushing unnecessarily and to take a seat and chat with friends over a Julius Mienl coffee, a company which has been inspiring poets since 1862.