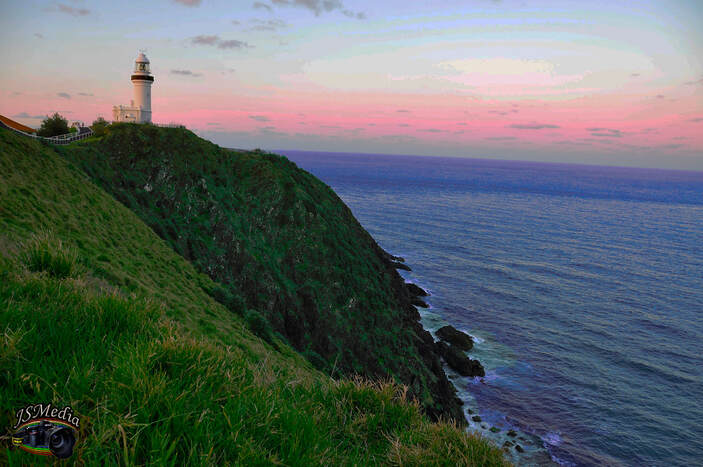 So brilliant to watch, such a spellbinding ocean,
The Byron lighthouse signals to ships, to you and me.
This famous headland is further east than any other one,
Etched in goat tracks as it drops away to the sea. 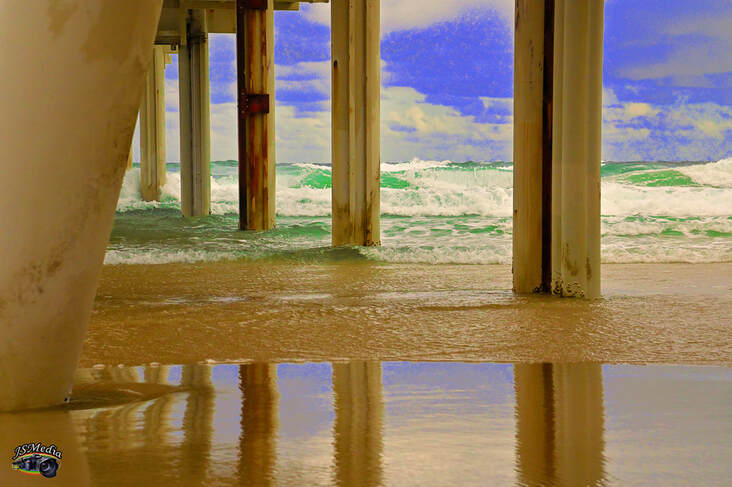 North of where I'm standing is the Gold Coast seaway,
It's a perfect spot to take my Shih-Tzu Poodle Emma-Lee.
Down along the Spit is a free beach where doggies play,
And surfers ride waves at the sand pumping jetty. 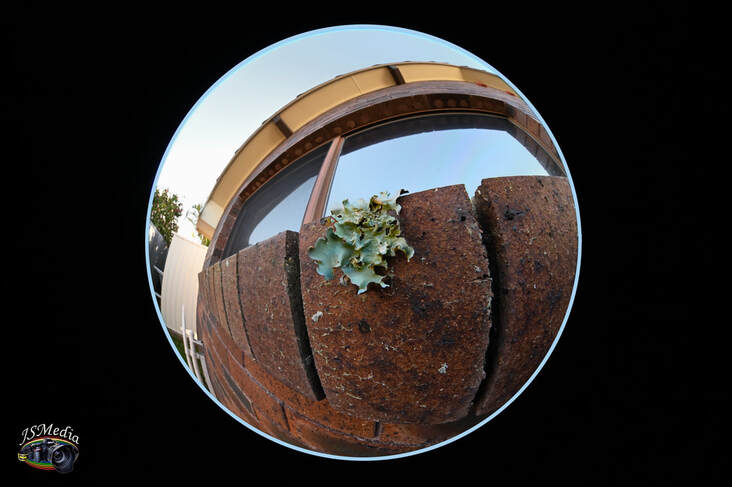 Fungi grows up high, perched on a window ledge,
Looking green and ghastly for sure.
It thrives on things that give up the ghost,
Until a fungi eater swoops down to score. 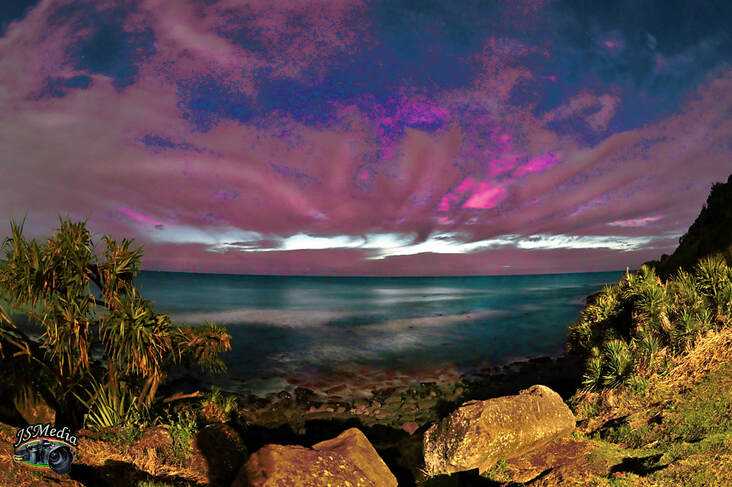 Burleigh Headland attracts surfers and lovers,
Early joggers lift their feet to climb the Hill.
Some watch the waves― some bring their pets,
Shooting sunrise and sunset― mere iphone skill. 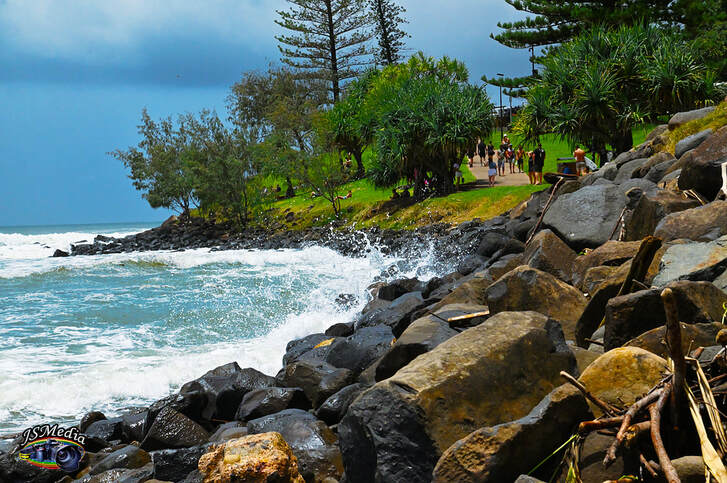 Watching the waves from the shoreline,
Dark clouds seem to hover in closer.
There's little chance I'll be drenched from the rain,
See, I brought my you-beaut pop-up umbrella. 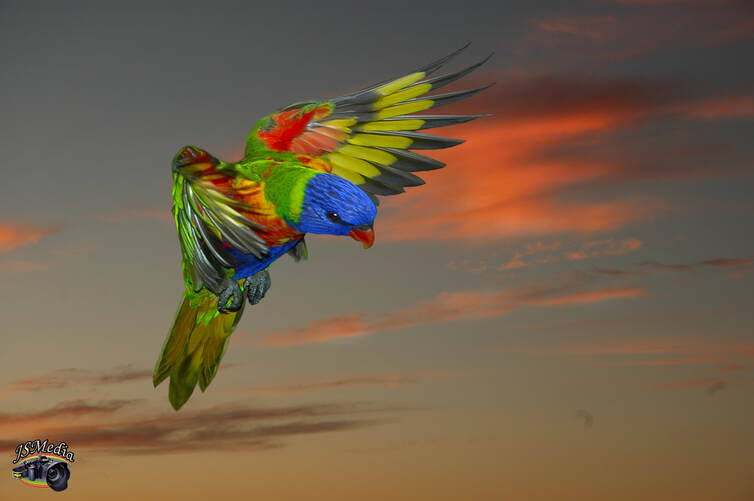 I was admiring these Currumbin clouds,
When along flew a Rainbow Lorikeet.
Sometimes you're watching and waiting for hours,
He posed for me then flew up the street. 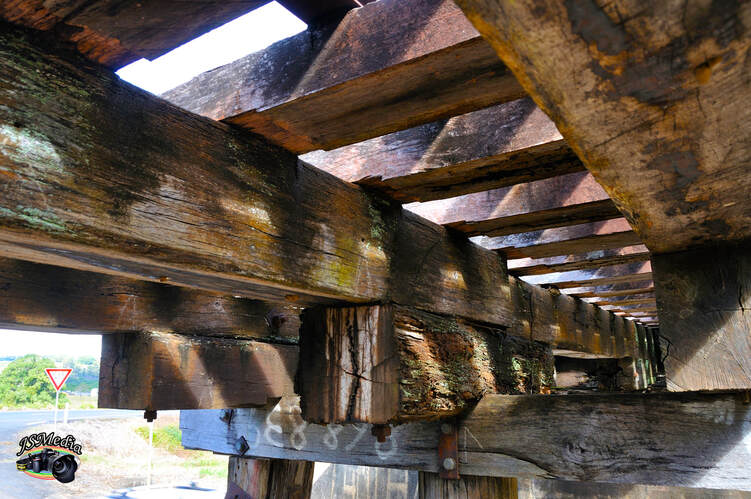 Picture being under a bridge with a rail track,
When you hear the toot of the eight-forty three.
There's a rush of wind and a clickety-clack,
Rattling timbers and dust blow over me. 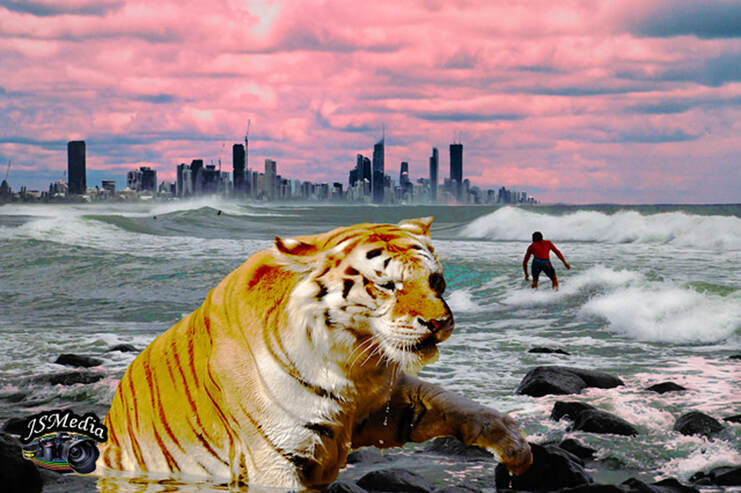 Everyone is attracted to Burleigh Heads,
Such an ideal spot to be seen on the coast.
There's always many a local who attends,
Even ones who stick out like burnt toast. 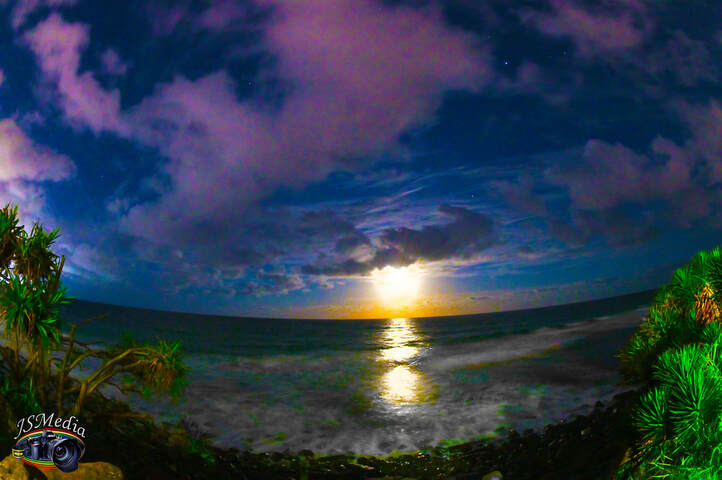 Summertime, when sunbeams head for shore,
Board riders are ready― young fish are jumping.
In low light they paddle out, two, three, then four,
It's a Gold Coast lifestyle and it's all about surfing 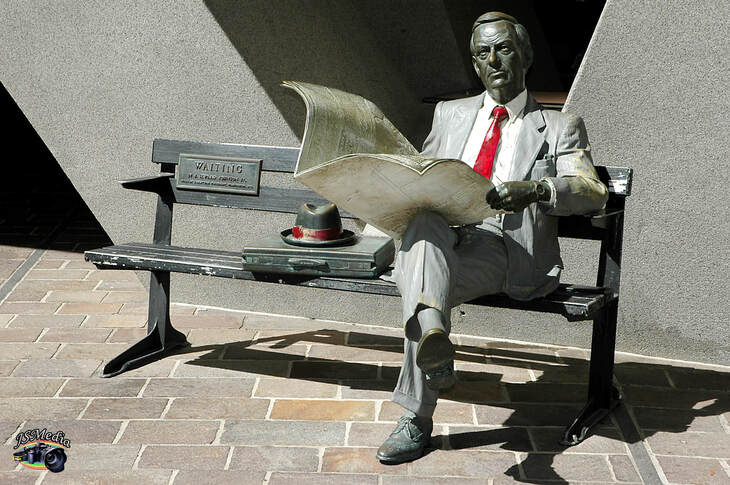 Lots of folk drop in to Australia Square,
There's one in particular who never leaves.
He's stuck in his spot, sits as calm as Lake Eyre,
Street performers are impressed― so it seems. 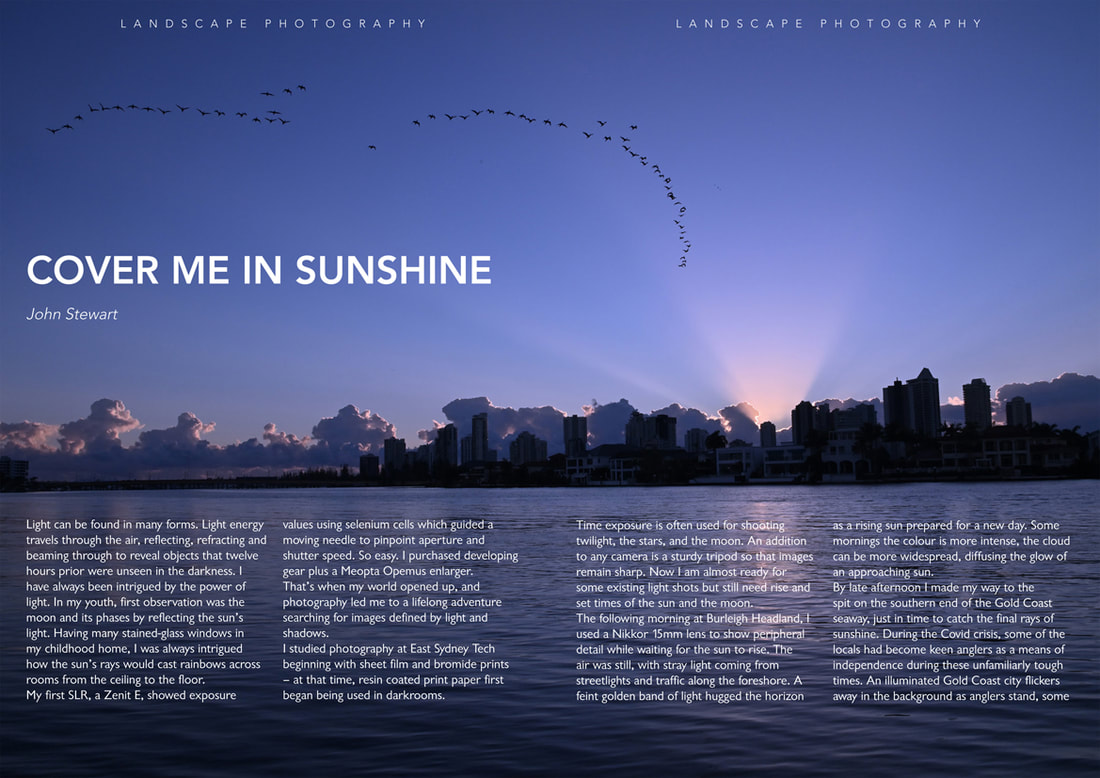 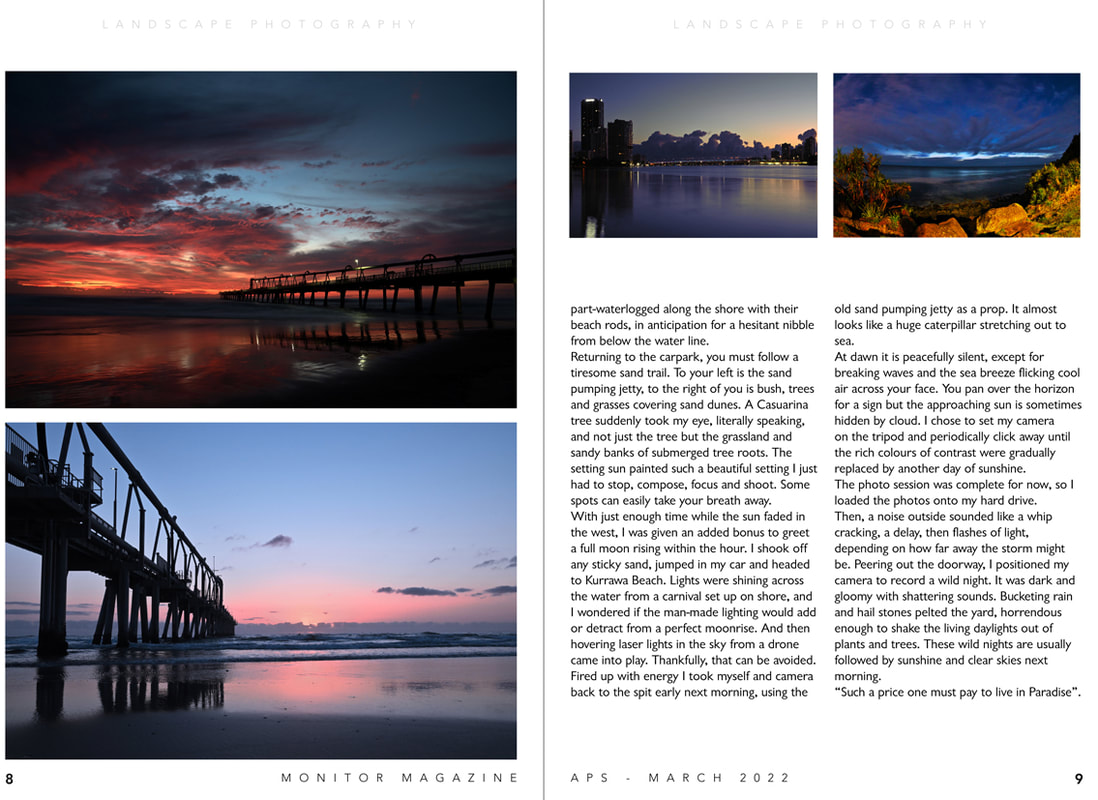