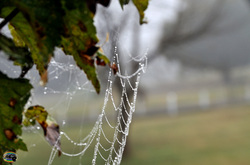 'Twas sewn before the morning sun came along,
Some say Faer Folk lay this woven silk thread.
From a nearby river, sounds an Autumn song,
Dewdrops glisten― it's daybreak ahead. 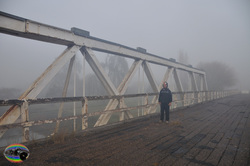 Warming my ears at Bendemeer, in a furry penguin hat,
You can see how camouflage outweighs common sense.
I wanted to shoot some bird life from here where I sat,
But only got the bridge with some blurry shots of the fence. 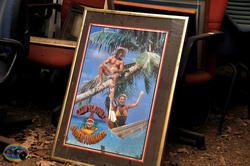 Burning Mountain antiques are on the highway New England,
There's an assortment of gear stored out back in a heap.
For any collector's eye, there may be much in demand,
This week's special a bristle-less broom that cannot sweep. 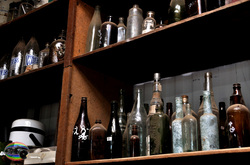 Many of the old bottles came from miners' huts,
They spared sickness for men searching gold,
Some bottles held medicine for a pain in the guts,
Some for Dutch Courage when miner's rights got involved. 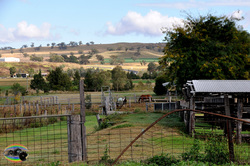 In the distance there were two cats arguing,
They chased one another across the grasses.
One rushed up a tree so the other one followed,
And when they fell they both landed on their feet 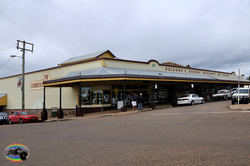 Henry Lawson appeared on our first ten dollar note,
Around 1870 he became a student in Gulgong.
Today there's only memories when occasional buskers quote,
All the words he gave us-- in prose verse and song. 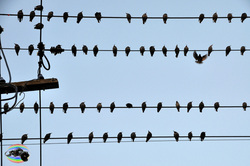 Many of the local birds flock together at Mudgee,
You can watch them dance on telegraph wires by afternoon.
"Move along fellas here comes an incoming 'budgie',
Hop to the right― they should fold their wings soon." 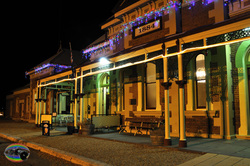 It's cold and dark but you can smell something's cooking,
You might have wondered why they left every light on?
It's Mudgee Station restaurant after the trains stopped running,
Twelve years ago was when the final train had gone. 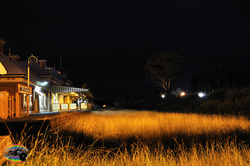 Mudgee station's busy tonight, I hear a train a comin',
Far away in the distance I'm sure I see some lights?
I can almost hear the carriages, clickin' and a-bumpin',
Or maybe not, I may just be― havin' one o' those nights. 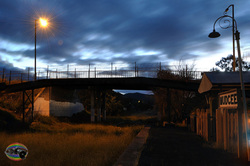 The air is fresh and clear at meal time in Mudgee,
Hidden train tracks hide, beneath where spear grasses grow.
A sickle moon and star light still lets us see,
The sun it sank behind that hill― half an hour ago. 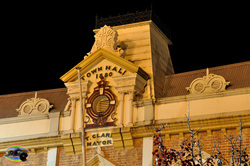 Here's Mudgee town on the rim of Sydney basin,
The Wiradjuri tribe called it Mouthi― a 'Nest of Hills'.
Winemakers are tasting their Cabernet Sauvignon,
And they're burning log fires to avoid those afternoon chills.